Born in the danish Antilles in a french family whose roots were in Bordeaux, Pissarro acquired an artist training in Venezuela between 1852 and 1854 with the Danish painter Fritz Melbye. Then, in Paris, he discovered the paintings of Corot, Daubigny and Courbet.

Since 1860, in the Swiss Academy, he formed friendship with Paul Cezanne, Ludovic Piette, Armand Guillaumin and Claude Monet who were always his best friends. After a short attendance at the official Salon, held up by Charles-François Daubigny, he left Corot who was his master…

In 1866 he set up at Pontoise for the first time. He asserted the independence of his art and he created with his friend Monet, younger than him, the Impressionists group which he was the soul, doing its rules and organizing the first exposition in 1874. He was the only one who attended the eight impressionist expositions.

As an intellectual engaged, polyglot reader, he defended and understood the artists who were the most importants of the 20th century… at first Paul Cézanne who was invited to work with him at Pontoise many months between 1872 and 1881, Paul Gauguin who claimed he was his pupil, Edgar Degas with whom he renovated engravings and Georges Seurat who was the Neo-Impressionism creator, movement developed by Paul Signac.

His charismatic personality, his generosity and his curiosity allowed different artists to remain in the History. His influence on the art evolution was very important. He his, with Monet, one of the major figures of the Impressionism movement which he had supported and renewed during his life.

From Jewish roots, he was anticlerical and anarchist, more because his love of freedom than for political convictions. Democrat and deeply humanist, he was the first to think that painters had to create groups and organize exhibits out of official schools and nationalities…

His life was linked to some sites near one to the others along the Seine River and its affluents: Oise and Marne. He was considered as a landscape painter but he represented also towns with his famous series of Paris, Rouen, Dieppe…. He represented often London and its harbor, visiting his sons who were living in this capital. His friendship with anarchists and artists of the “Cercle des XX” encouraged him to stay in Brussels.

His work (2000 canvas and 200 engravings) is largely represented in the world’s museums and specially in those were he lived: Paris, Oise banks between Pontoise and Auvers-sur-Oise, Pontoise and his surroundings: Ennery, Chaponval, Le Valhermeil, Osny… These towns equipped of museums are also classified as “Villes d’Art et d’Histoire” (Pontoise, Rouen, Le Havre, Dieppe) with a “Centre d’interpretation and d’Architecture”. These Centers have professional lecturers and patrimony specialists interested by the landscape history developing projects linked to Impressionism and specially with Pissarro.

To-day numerous very well preserved sites allowed to recognize the places or the themes he painted.

Numerous expositions and publications are presented in relation to Camille Pissarro. This strong cultural politic is integrated to the “Normandy Impressionist Festival” and sensitize an international public more and more numerous. 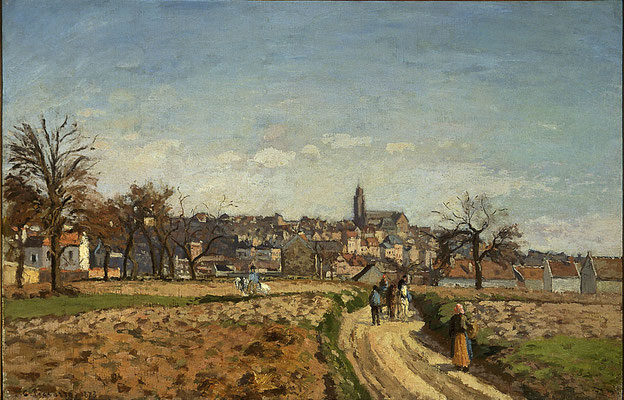 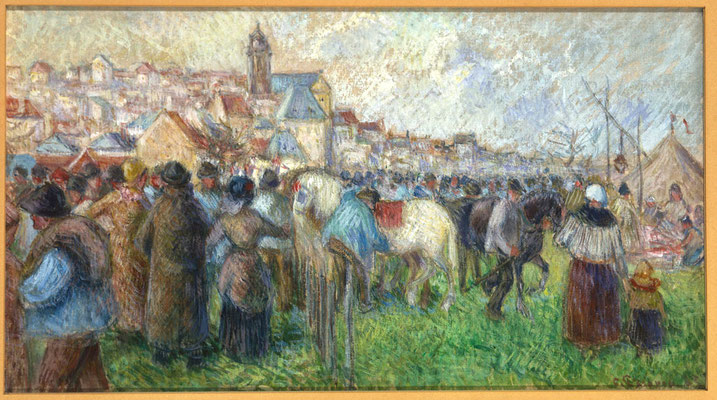 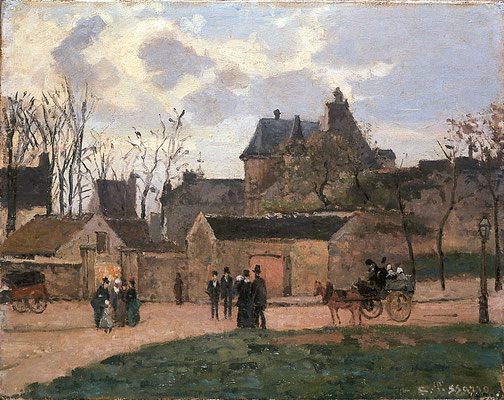 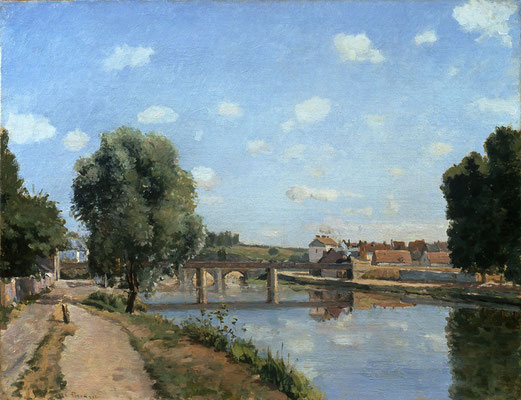 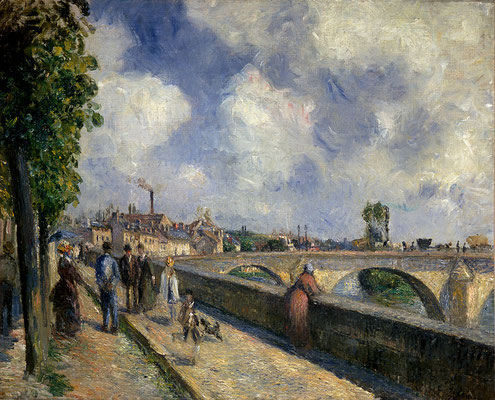