Claude Monet is the most important personality of the Impresionnism of which the name came from his painting “Impression, soleil levant”.

He dominated the movement with his authority to present his technic based on juxtaposition of light strokes. Born in Paris, he grew up in Le Havre where his family set up since 1845.

At the college Monet liked to caricature the leading citizens of the town and his drawings where presented in the shop-window of Gravier, a picture-framer in Le Havre, and where he knew Eugène Boudin who taught him to paint outdoors. Monet said: “If I became a painter, its thanks to Boudin”.

In 1858, for the first time, he showed his canvas at his town exposition. The following year he was in Paris and worked at the Suisse Academy where he became friend with Pissarro; he came with him to paint in Champigny-sur-Marne. Send in Algeria to do his military service in june 1861, he returned to Le Havre during the following summer suffering of typhoid fever saying: “the impressions of light and colors which I received in this country… established the seeds of my future researches”.

In november 1862, Monet returned to Paris where he worked at Gleyre’s workshop and knew Bazille, Renoir and Sisley who became his friends. At Honfleur, settled in the famous Saint-Simeon farm, Monet played dominos with Boudin and Jongkind who was considered by as his teacher of his eyes… Then he returned to his family in Sainte-Adresse and Le Havre.

Coming back in Paris in 1864, he shared a workshop with Bazille and his canvas were accepted by the Salon as soon as his first sending. Both of them worked on Barbizon, Chailly-en-Bière where they met Gustave Courbet who encouraged them. At that time Monet realized a large composition “Le déjeuner sur l’herbe” in which Bazille is represented.

Then Monet got his first success at the Salon in 1866, that helped him to rent with his model Camilla, a house in Ville-d’Avray before setting up in Honfleur where he painted his first snow landscapes.

Then he returned to paint Paris with Renoir…   He came back in Le Havre before setting up in Gloton near Bonnières on the Seine river then in Fecamp and Etretat thanks to a rich collector who helped him to settled in Saint-Michel-de-Bougival  from where he painted “La Grenouillère” alongside Renoir.

After he had married Camille, he was in Trouville with his family but the franco-prussian war, which killed Bazille, obliged him to take refuge in London where he met Whistler. The french revolution called “La Commune”pushed him to join Zandaam, near Amsterdam, where he said: “I could paint all my life”.

During the autumn of the same year, he returned to Paris where he found all his friends who were encouraged to participate with him at the Rouen exposition. Then, till 1878, he set up in Argenteuil where his sold very well his masterpieces…

In 1874 all the artists who were refused by the official Salon created an association which organize an exposition in the photograph Nadar Workshop. The journalist Louis Leroy (The Charivari newspaper) wrote an article under the following title: “Exposition des Impressionnistes” with reference to the Monet’s painting: “Impression, soleil levant”.

At that time, Monet was painting from his worshop-boat on the Seine river. Ten years before, he had found a patron: Ernest Hoschédé, for whom he decorated his property in Montgeron…

In January 1877, he return to Paris where his second son, Pierre, born. During the following summer, he set up in Vétheuil where his wife died in September 1879... In may 1881, he settled in Poissy where Alice Hoschédé and his children joined him… He went then often to Dieppe, Varengeville, Pourville, Le Havre, Etretat on the Norman coast.

After that he rented a house in Giverny from where he sailed to Vernon and Port-Villiez…  for painting.

In December 1883 with Auguste Renoir he travelled in the south of France going from Marseille to Genova through Saint-Raphaël, Monaco, Bordighera and to l’Estaque near Marseille to visit Cezanne when they came back. During the following January, Monet returned to Bordighera, Cap-Martin, Vintimiglia; Menton… Three years later he participated at the “Cercle des XX” exhibition in Brussels and Durand-Ruel, the gallery owner, organized an impressionist exposition in New-York with 48 Monet’s canvas on 300 others paintings. In September of this year he set up in Belle-Isle-en- Mer where he met a friend of Georges Clemenceau.

In may of the following year the artist was in Antibes of which representations were exposed by Théo van Gogh in Paris. Then he rent a house in Fresselines in the french Val de Creuse… At this time he painted series as haystacks in the fields or Rouen cathedral at different hours of the day; his finances were comfortable so he was able to buy his Giverny’s house and to create his famous garden. In 1891 he was invited with his family by the famous singer Jean-Baptiste Faure at Etretat while his first personal exposition stand up in New-York and in Boston.

More and more American artists set up in Giverny attired by the international reputation of Monet who went in Norway in 1895 to visited his son-in-law and Prince Eugène who was a painter as him; here he painted the surroundings of Christiana (Oslo): Sandvika, Bjornegaard, Kolsaas Mount…

He return often to London to paint the Thames, the bridges, the Parliament… He spend a lot of time to take care of his aquatic garden in Giverny before going with his wife to Venice stopping in Cagnes-sur-Mer to visit Renoir in the return way.

From 1911 to 1914, after Alice and his son Jean deaths, the artist didn’t work anymore because his view problems.

In 1922, Clemenceau ordered a special fitting in the “Orangerie des Tuileries” building to expose nineteen pictures of the “Nympheas” then the painter was operate and he saw again… 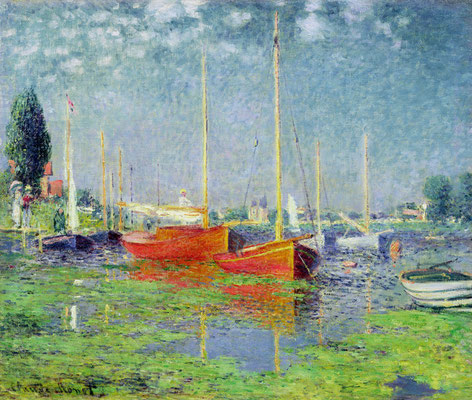 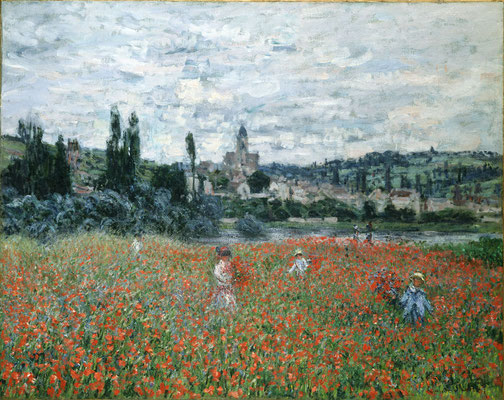 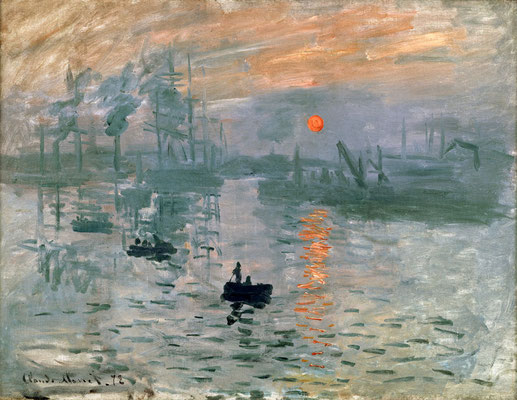 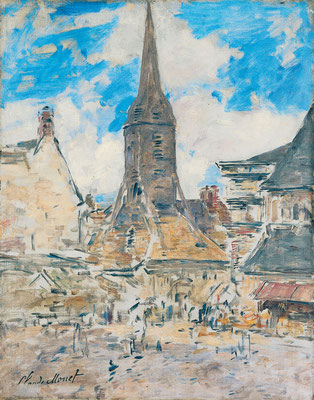 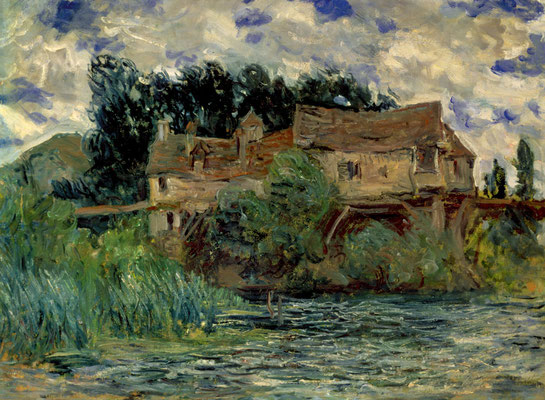 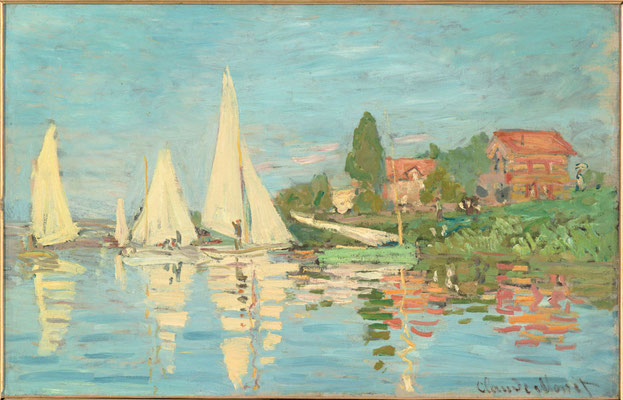