Llorens Diaz was born in april 1874 in La Coruña (Galicia in Spain). He was the younger of three brothers in a middle-class family. He began commercial studies to obey his father’s wishes but his love for painting pushed him to integrate the Fine Arts school of La Coruña, where he was the pupil of Roman Navarro who he considered as one of his best masters. Then he went in a special painting sculpture and engraving school where he was the pupil of Carlos de Haes since 1892.

The year after he worked with the famous spanish artist Joaquiń Sorolla who taught him the light value of the landscape… In December he participated in Madrid exposition called “Travel Impressions”.

In 1897 he received the first official order from the casino of La Coruña which theme was landscapes. Afterwards, in 1899, he got an honorary mention at the Beaux-Arts exhibition; the same year he obtained a scholarship for Spanish Academy in Roma where he stayed till 1906.

Three years before, he went to Paris and Bruges where he lived nearly one year before returning to Italy. Thanks to his award from the Spanish Academy in Roma, the King of Spain bought him two paintings: “Flanders peasants” and “Between the rocks”…

In 1907 he returned to La Coruña and painted “Obelisk”, which was for the Spanish critic J.J. Luna: “One evocation of French impressionists –Sisley, Pissarro- consolidated by the drawing and a modernism without decoration’s effects”

Six years after, he was promoted to the drawing’s pulpit of Barcelona before going to Madrid in 1914, staying often in La Coruña and around.

In 1929, he was charged to decorate of the Galicia pavilion at the South American exposition of Sevilla. The following year he exposed in Belgium and in Netherlands… During the Spanish civil war, he left Madrid for Valencia where he died on february 11, 1948.

He had stopped to paint three years before his death, his last painting was untitled: “The red veil”.. he his called: “The painter of seascapes” because he spent his time to show landscapes along the seaside of Galicia (el Puente del Pasaje, Oleiros, Sada, Mera, O Pedrido… In 1988 and 1991, the Pedro Barrié de la Maza and the Caixa Galicia foundations payed homage to him in La Coruña and with an itinerant exhibit in different Galician towns in 1997. 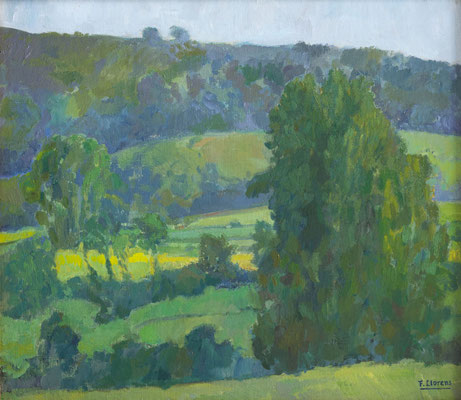 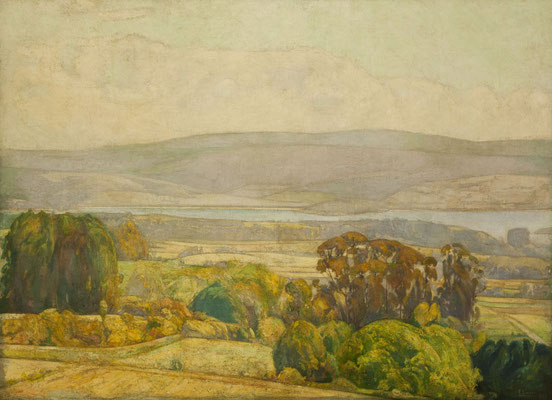 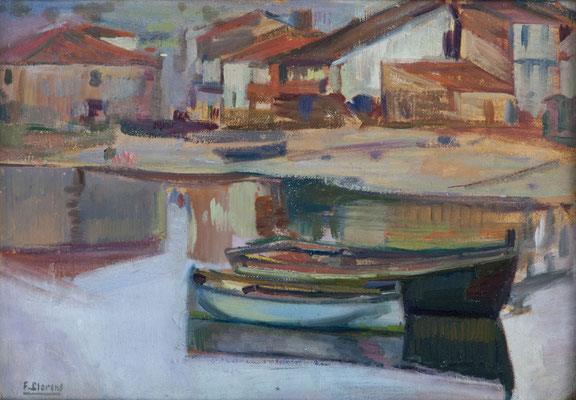 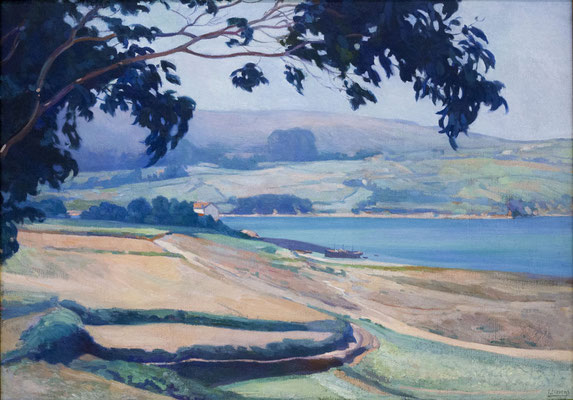 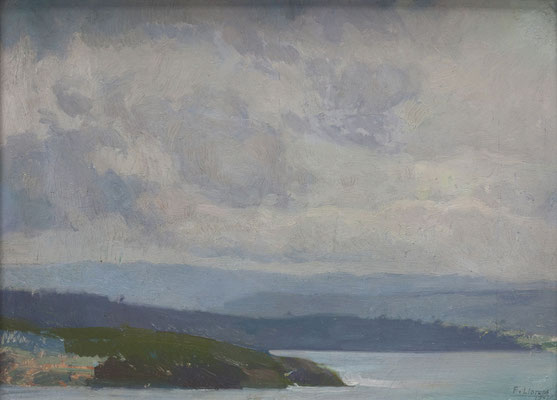 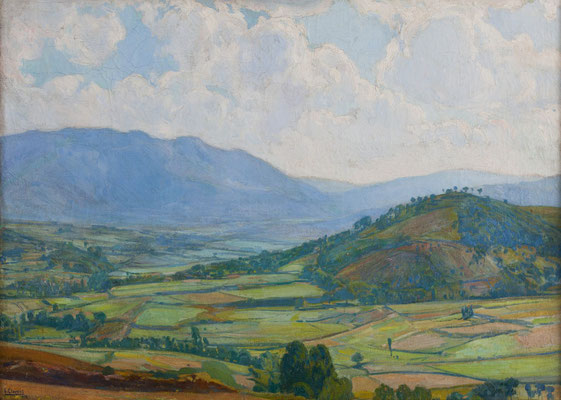