The artist’s colony of Schwaan had been created at the end of the 19th century… In a village situated in Pomerania, south of Rostock…

Very early, in the middle of the century, some artists (Otto Dorr, Eduard Ehrke, Carl Malchin…) had soon discovered the Idyllic nature of this place at the same time when Franz Bunke, who founded later the famous colony, had been born…

Franz Bunke, Rudolf Bartels, Peter Paul Draewing and Alfred Heinsohn, who gathered together regularly in the Drewes hotel, were the pillars of this colony which shone during many decades.

Born in Schwaan in 1857, Bunke studied first with Paul Tischnein in Rostock before joining the Academy of Berlin in 1878 then Grand Ducale School of Saxe-Weimar where he was the pupil of Theodor Hagen yill 1884. His reputation was such that he was elected by his equals as the Weimar artist’s representants during the famous exhibit of “Glass Palace” in Munich. He received many awards, his own exposition in Vienna in 1914 was a memorable success. He exposed and sold everywhere in Europe: England, Denmark, Sweden, Italy, The Netherlands and in the United States.

After his beginnings in the 17th flamish style, Bunke was “the master to play with light and air”.

Faithfull all his life to Schwaan, he attracted famous painters to the village, which rendered homage to him in many times giving him the title of honor citizen in 1927.

As to day an important cultural center, Schwaan present a museum and a “Art Mill” to preserved its artistic vocation. 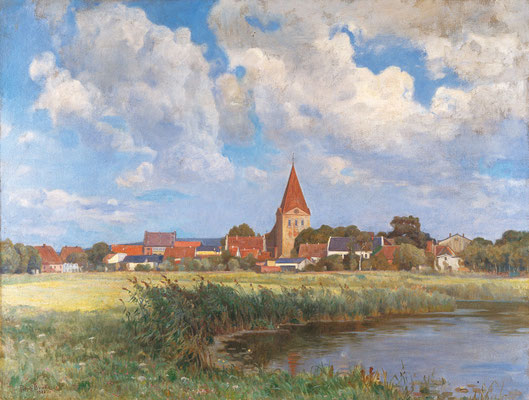 Among the artists who set up in Schwaan, Rudolf Bartels (1872-1943) was fascinated by the light and the colors, the flowering trees and the rainbows… Clever outdoor painter, he was a pupil of Theodor Hagen at Weimar’s school. He realized not only landscapes but also many still lifes and portraits… He had worked many years in Schwaan before setting up in Rostock after the first world war. 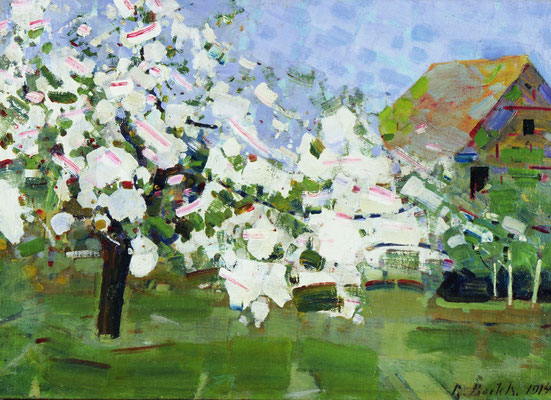 Alfred Heinsohn  had first studied in Karlsruhe and Düsseldorf… He joined The Weimar’s school where he knew the others artists painting in Schwaan where he built an house and where he set up till the end of the first world war. Then he lived in Hambourg. The artist developed a expressive style more and more abstract… He became fond of theory of colors and architecture. 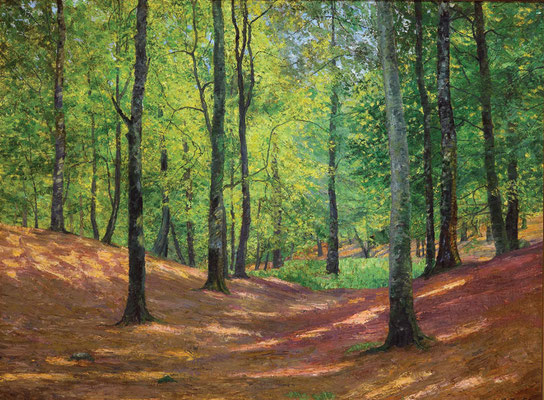 Otto Tarnogrocki was born in Poland at Lobsens not far from Szczecin and grew up in Strasbourg, Ulm and Dresden. At first educated in the Royal Berlin School, he joined this one of Weimar before going to Schwaan to work with Franz Bunke… He travelled all over Europa, he liked to paint the Szczecin streets with strong and brignt colors contrasting with his winter landscapes… The “”Art Mill” of Schwaan honors his work to-day. 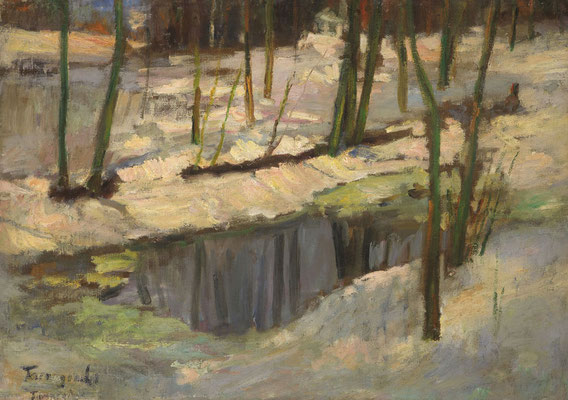